What you need to know about Scotland’s growing tech hub 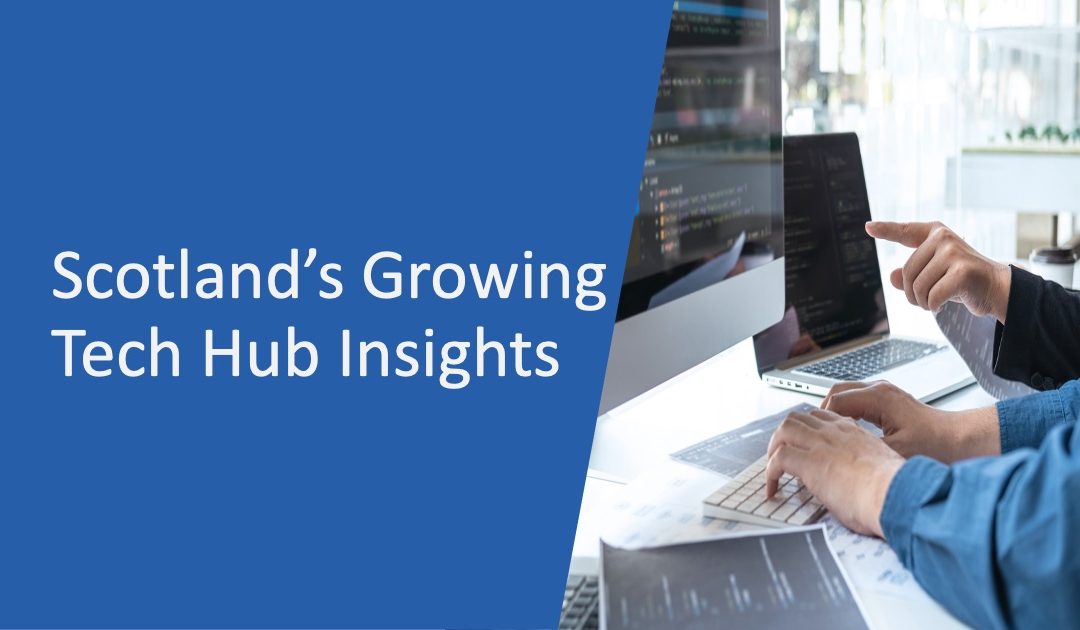 What you need to know about Scotland’s growing tech hub

Hello! Welcome to our blog. Do you know that following London and the South East, Scotland has the highest number of startups in the UK? In this article, we discuss what it means for Scotland to be a growing tech hub.

Edinburgh is one of the few palaces in the UK that commands higher median salaries (of over £40,000) than the London average. With 11,200 digital tech companies, Scotland’s IT and software industry is forecast to grow by 38% by 2024.The highest number of tech hubs in Scotland are found in the largest cities such as Edinburgh, Glasgow, Aberdeen and Dundee.

The spacetech industry has grown with companies such as Skyrora in Edinburgh taking £2.5m for its launch technology development from the European Space Agency (ESA). Scottish Development International cites that Edinburgh is now the UK’s top city for startups and Glasgow is known for the biggest tech investment hubs. Glasgow attracted £43 million in venture capital investment during 2020, up 156% from £16.8m in 2019.

Medical tech industry has also been growing with companies such as Talking Medicines in Glasgow which received £1.1m in funding from Tern Plc and the Scottish Investment Bank. Agritech has also been a growth sector where companies such as Intelligent Growth Solutions which secured a £1.6m extension by agri-investor Ospraie Ag Science (OAS) along with Agfunder.

Even before the pandemic, the tech sector was reported to be the fastest growing industry in Scotland. During the UK recession following the pandemic, the tech industry was going strong. It is shown that the sector is increasingly important to the gross value added (GVA) of the UK economy as it has grown on average by 7% since 2016.

This means that if you are interested in starting a business or looking for a job in tech, Scotland is currently one of the best places to do it.

What you need to succeed in the IT industry

According to the university of Edinburgh, the top ten areas in tech are

Technical skills that are in demand include

As companies invest more in digital systems and Artificial Intelligence (AI), we see an increasing number of jobs opening up in that area. The School of Informatics at the University of Edinburgh is the largest grouping of artificial intelligence researchers in the UK. However, Edinburgh and the other cities of Scotland host a diverse set of tech specialisms.

Follow our blog for more tech news in Scotland. If you would like to learn more or would like specialised support, feel free to contact us and one of our experts will be happy to guide you. AJ Connect is a first class recruitment agency supporting SMEs and businesses across Scotland and the UK.

Subscribe to our blog by adding your email address to the form on the right. You’ll be the first to hear about our updates.

This website uses cookies to improve your experience while you navigate through the website. Out of these cookies, the cookies that are categorized as necessary are stored on your browser as they are essential for the working of basic functionalities of the website. We also use third-party cookies that help us analyze and understand how you use this website. These cookies will be stored in your browser only with your consent. You also have the option to opt-out of these cookies. But opting out of some of these cookies may have an effect on your browsing experience.
Necessary Always Enabled
Necessary cookies are absolutely essential for the website to function properly. This category only includes cookies that ensures basic functionalities and security features of the website. These cookies do not store any personal information.
Non-necessary
Any cookies that may not be particularly necessary for the website to function and is used specifically to collect user personal data via analytics, ads, other embedded contents are termed as non-necessary cookies. It is mandatory to procure user consent prior to running these cookies on your website.
SAVE & ACCEPT